A Wop Bop A Lu Bop A Lop Bam Boom!

The only British rock ‘n’ roll band to be selected for Wayne Hemingway’s 2012 Vintage Festival, this incredible rock ‘n’ roll 6 piece band is a glorious celebration of everything fab’ about the 1950’s. This red hot, rocking band fills the dance floor and puts a big smile on everyones’ faces.

Rocking Scene alias ‘The Stargazers’) have toured most countries, including Japan and most recently The USA where they played New York and the East Coast and supported Ruth Brown at the 2006 Viva Las Vegas Rockabilly Weekender.

The Hitmen’s treatment of 50’s Rock ‘n’ Roll, Boogie Woogie and Jive has a freshness and authority that brings so many classics to life and gets the crowd onto their feet from the first note to the last.. Just as it was with the original beat driven dance music! 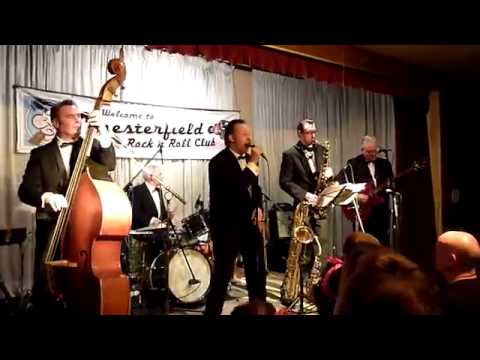