Unmatched in the 70’s Disco genre, The Loving Train work the crowd and the dance floor hard!

The Funk Train are the UK’s leading professional Disco, Soul, Funk Party band having developed their profile over 10 years from humble beginnings as a covers band to the ultimate, full touring performance show. Unmatched in the 70’s Disco genre, The Loving Train work the crowd and the dance floor hard.

Retro music and fashion is never out of vogue and The Loving Train ride high on the crest of that party wave.

The Funk Train have performed privately for Prince Charles and the Duchess of Cornwall, for Zara Phillips 21st party & her engagement party. They have played for Sir Paul McCartney at his “Back In The World Tour” at the new Cavern in Liverpool (the former Beatle performing “Let It Be” with The Funk Train backing him), for Sting and Elton John,at the MacMillan Trust Ball,Antony Costa’s engagement, Lucy Alexander’s wedding, Paul Robinson’s Wedding, Formula 1, Goodwood and Cowes Week and Sandhurst, Disneyland Paris, Versaille, and Sporting Club Monaco events. The Loving Train have entertained at many well known Awards Ceremonies, and have appeared alongside music and show biz celebrities, Rod Stewart, Ronan Keating, Brian Ferry, Dame Edna Everage, Tony Blackburn, Stephen Fry and Jonathan Ross…

All this as well as headlining major corporate events for

Their slick, fun, feel-good shows have delighted thousands of fans across the UK, and won them rave reviews across a wide demographic fan base that continues to grow with each performance at clubs, festivals, charity balls award ceremonies and the many prestige private and major corporate events they are regularly feature of. 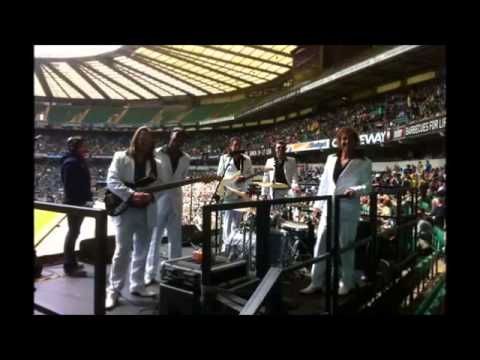