Quality live entertainment you won’t forget, building on a foundation for the love and enjoyment of music!

The Dailys are a PREMIUM live party band that are made up of some of the UK’s most young, in demand,respected and sought after professional session musicians, with members having toured the globe doing tours, festivals,sessions, gigs and private events from the Americas to Asia and everywhere in-between.

The main band consists of a five piece lead by female vocals and an electrifying backing band, but are also available in small format acoustic duo to full 8 piece electric showband including horn section, specializing in Pop, R&B, Soul & Funk. Playing the jazzy motown hits from the 60’s, funk medleys, rocking anthems to todays big pop dance floor fillers with enthusiastic and energy filled arrangements and vocalists that make sure the crowd are truly involved, the band take pride and satisfaction in wanting to have a blast on every gig, providing quality live entertainment you won’t forget and building on a foundation for the love and enjoyment of music. Whatever the weather, The Dailys are there to keep the dance floor ‘live and kicking’ and have a good time just as much as the punters are. As well as the bands impressive individual industry engagements, they are also highly experienced on the function & private scene, performing at weddings, corporate events, parties, private and special events. Some include wedding receptions for members of the Olympic Team GB Squad, Private Parties for members of Manchester Utd FC, Seasonal corporate parties for companies such as Barclays Bank Plc, O2, Universities such as Oxford University and Royal Holloway University, Charity events for Help the heroes and the LUCCA Appeal with Liverpool FC and performances for several Royal families. Our growing previous clients among many others include: British Army, O2, Olympic Team GB, Manchester United FC, Nokia, Liverpool FC, Abu Dhabi World Volvo Race Team, Vodaphone, Oxford University, Barclays Bank Plc, BBC, Ronnie Scotts Jazz Club and many more.

Why Choose The Dailys?

What sets The Dailys apart from many of the other bands out in the scene is collectively they are some of the best seasoned working pro’s on the music scene today, with a huge amount of experience and an impressive CV, having spent most of their young working careers playing in the highest realms of the music industry. They have played with household names names u know, in various venues as small as ‘local pubs’ and ‘bars’, to world class venues and stadiums such as ‘Wembley’ and ‘The Royal Albert Hall’ and fully understand the quality that you expect from a live band at your event. On the function scene, they have played major events for world name football clubs, wedding receptions for sporting heroes, and entertainment events for corporate giants. Wedding engagements are a regular weekly staple for the band with over 7 years experience playing all corners on the UK and parts of europe, big and small, from receptions at the prestigious ‘Blenheim Palace’, small intimate wedding venues in the english countryside and lavish city wedding parties in the heart of the capital. We understand the aspects of a wedding and are happy to help you in anyway we can when it comes to entertaining your guests and having a great time and party!

The band are fully self sufficient outfit with their own quality 4K Professional sound system so the band sound how you would want a band to sound, full, clear and full of energy. Stage and dance floor lighting rig, because we know you want the band and dance floor to not just sound amazing, but look look just as great, non-stop pre mixed music to have playing between the live band, so no need to hire an additional DJ! too keep the party non-stop and 2 hours of premium live music to keep you and your guests in the party mood dancing the night away. Our vocalists and musicians know how to keep the dance floor packed and on their feet and keep the crowd trully involved in the night, always with the intent of enjoying playing these events as much as the punters are, versatile for large and small occasions. As well as all of that there are many other options to help tailor your own package, such as extra sets, solo performers, extended hours/ipod DJ and many more. 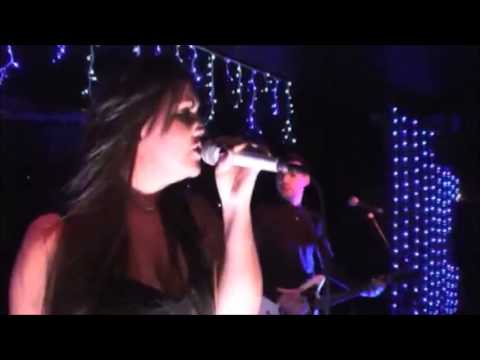